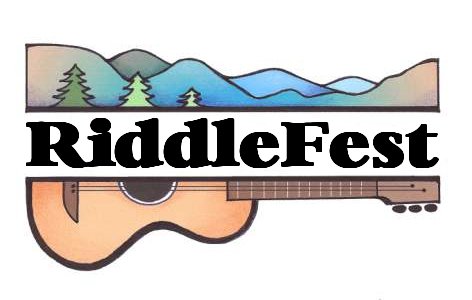 RiddleFest 2021 has been cancelled due to the rapidly rising Covid infection rate in Yancey County.

RiddleFest is produced annually by Traditional Voices Group as a tribute to Lesley Riddle, an African-American musician from Yancey County NC, who influenced the development of early country music through his collaboration with A.P. Carter and the Carter Family. Riddle was an innovator who straddled the worlds of black and white mountain musicians in the early twentieth century.

Rev. Robert Jones, Sr. is an inspirational storyteller and musician celebrating the history, humor and power of American Roots music. He shares his deep love for African American and American traditional music in live performances that interweave timeless stories with original and traditional songs. Jones will be joined by his blues brother Matt Watroba, a veteran performer, teacher, radio host, song writer, community singer, song leader and educator. He is also a regular instructor at the Swannanoa Gathering near Asheville, NC, teaching classes on performance and community singing.  Matt is passionate about bringing community together through music and education.

For more than twenty-five years Jones has entertained and educated audiences of all ages in schools, colleges, libraries, union halls, prisons, churches and civil rights organizations. At the heart of his message is the belief that our cultural diversity tells a story that we should celebrate. Jones has been described as “Perhaps the world’s most highly educated blues musician, an ordained minister, a longtime DJ, and a living encyclopedia of blues history, the Reverend Robert Jones is comfortable among juke-joint loud talkers, fancy-hatted church ladies, and PhDs alike.”

Both Jones and Watroba are based in Detroit, Michigan and perform throughout the United States, Canada and Europe. An award-winning multi-instrumentalist, Jones is accomplished at guitar, harmonica, mandolin, banjo and fiddle. He has recorded six albums of original and traditional songs. Jones formerly hosted the award-winning radio programs “Blues from the Lowlands” and “Deep River” broadcast on Detroit Public Radio’s WDET-FM Detroit. And he has taught music history courses at Wayne State University. Jones often collaborates musically with his blues brother Watroba. Ever since their first meeting, over thirty years ago, Jones and Watroba have been musical partners. Their relationship started when they hosted back-to-back radio shows on WDET-FM, Detroit. Later on they started performing together and, in doing so, they discovered a friendship based in mutual respect and a love for traditional American music.

The annual RiddleFest Seminar, this year entitled Music that Matters: Blues from the Brothers,  is scheduled for 3-4 PM at the Burnsville Town Center on October 23. Jones and Watroba will explore the roots and influences of the blues. The Seminar is free and open to the public.