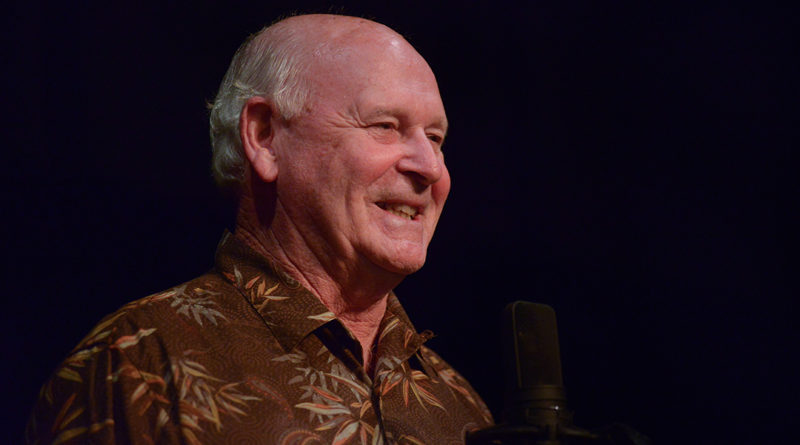 Larry Howell loved old-time and folk music of the Southern Appalachian Mountains. He loved to play it, he loved to sing the songs, and he loved to introduce others to his joy by helping musicians find opportunities to perform and by following the twists and turns of its history. So it’s no surprise that his discovery of Lesley Riddle’s music and story in 1995 led him to create a series of important public legacies: helping to establish a recording studio in Burnsville, keeping Riddle’s contributions in public understanding, championing the creation of an official NC highway marker in Riddle’s honor, and establishing and producing RiddleFest annually. He founded Traditional Voices Group in 2007 and remained its Chair. Sadly, Larry died in 2019 after a short illness, and we will never know what else he might have achieved in the future to further the heritage and performance of old-time music in western North Carolina.

Born in 1941, Larry grew up in the Newland area of Yancey County NC. He was educated in the county’s public schools and at Appalachian State University, and kept his eyes and ears open to learn much more from his family and neighbors. As a classroom teacher and educational administrator, he knew just about every family in two counties. He retired from Yancey County Schools in 1996 as principal of Mountain Heritage High School, and spent his retirement years practicing music and playing golf. He played a variety of string instruments and was a member of two musical groups, Work in Progress and Ragged But Right, that played frequently in venues in Yancey and Mitchell Counties. In 2015, Our State magazine recognized him as one of the most influential musicians in North Carolina because of his work on behalf of Lesley Riddle’s memory.

Larry was a kind, loving husband (of 54 years), father, grandfather, brother, colleague and friend. The words used most often to describe him are respected and admired. He was a man who modeled personal integrity, honor, and goodness to the highest standard. We miss him.